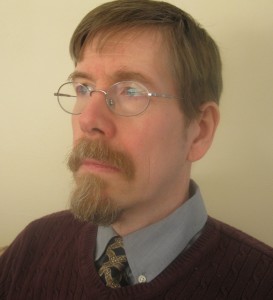 Bruce Ware Allen was born in New Jersey,  the son of a naval officer/shipping executive.  He was raised and educated in America, the Netherlands, and Italy.  He studied Classics in college and worked a variety of jobs from factory to computer security. He currently lives in Connecticut with his wife Blacknall Allen, their daughter, and a stray cat who talked her way into the household.

To the extent that genetics influences outcome, he comes to this trade honestly.  He is g-g-nephew of classicists Joseph Henry Allen and William Francis Allen. He is also a cousin to naval historian Gardner Weld Allen and historical fiction writer William Ware, author of Zenobia and other forgotten best-sellers.

Tiber: Eternal River of Rome is BWA’s second book, following his 2015 history, The Great Siege of Malta: The Epic Battle between the Ottoman Empire and the Knights of St. John.